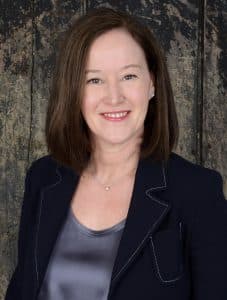 Suzanne is an experienced Board Level Director and currently the Chief Executive of RSL Awards, an International Awarding Organisation in the Contemporary Music and Performing Arts sector, which she joined in 2021.

Prior to RSL Awards, she had a long and successful career in the Retail Sector, as Chief Executive of Jack Wills from 2018 -19, and at Debenhams from 1994 – 2017. During her time at Debenhams as Group Trading Director, she had responsibility for the Product and Brand Strategy across all Clothing, Premium Beauty, Home and Restaurants, both for Stores and also Ecommerce.

She is currently on the Board of the MIA, has been a retail advisor to the British Heart Foundation since 2017, and more recently has started work with Browne Jacobson as a NED on the Retail and Consumer Group. Prior to this, Suzanne served on the Advisory Board of the British Fashion Council and was involved with Graduate fashion week. She was NED for Ermes Dept store Group in 2015 and she is also an Ambassador and Mentor for Retail Week’s Be-Inspired campaign, developing future female leaders.