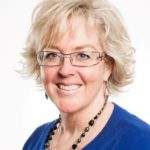 Tamara Box is an internationally recognised expert in strategic financial advice, management and team building, with more than 25 years of experience establishing and growing successful professional services businesses in several jurisdictions. As the Managing Partner, Europe & Middle East at international law firm Reed Smith LLP, she is a member of the six partner senior management team of the global firm and also responsible for the eight offices in Europe and the Middle East, including almost 800 lawyers and staff. Tamara sits on the global board of the firm, one of the largest law firms in the world with almost $1.2 billion in revenues and more than 29 offices in the US, Middle East, Europe and Asia.

An American citizen who is dual-qualified to practice law in both the US and the UK, she has worked and lived in the US, Asia, and Europe, while advising clients all over the world, including in the Middle East, Turkey, South Africa, Russia, Eastern Europe, the UK and Asia.
She has lived in London since 1997 and has established herself not only in legal and financial circles but also in areas of governance, management and diversity. Tamara is a member of the Court of Governors of the London School of Economics (LSE) as well as a member of the Audit Committee of the LSE. She is also a Companion of the Chartered Management Institute. She is a founding member of the Steering Committee of the 30% Club, a group of Chairmen and CEOs dedicated to increasing the gender balance of corporate boards and the executive pipeline. She is a member of The Committee of 200 (C200), an invitation-only membership organisation of the world’s most successful women business leaders, and of Women Corporate Directors. Tamara is the chair of the “Women of Influence” campaign for Cancer Research UK, which both fundraises to support women scientists and provides cross industry mentorship to such scientists. Finally, Tamara also sits on the Advisory Board of Theirworld, an international children’s charity founded by Gordon and Sarah Brown that seeks to change the lives of children around the world through health and education initiatives.

Tamara holds an honours degree in Monetary Economics from the London School of Economics and Political Science as well as a Juris Doctor degree with honours from Georgetown Law Centre in Washington, D.C.