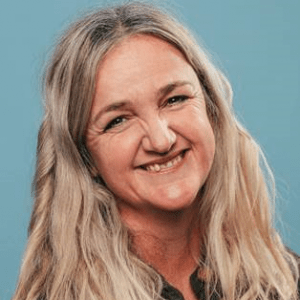 Tracey Cooper is an Executive Producer at multi award winning Production Company, Riff Raff Films. Prior to that she spent 11 years at Nexus Studios producing some of their most celebrated work spanning commercials, short films and interactive.

After studying Film Theory at Kent University, Tracey furthered her study by gaining a Masters in Film Production at Christchurch. Following a brief flirtation with waitressing at Pizza Express, Tracey chose multi-award winning Blink to begin her commercials career rising through the ranks to Head of Production where she specialised in live action and VFX working with Directors including Dougal Wilson and Doug Foster.

From Blink she moved to Stink, where she partnered with Bafta winning director Gaelle Denis on high profile work for Nike, Du Pont, and Coke.

She joined Nexus in 2010 with the opportunity to work with BAFTA winning, Oscar Nominated & Cannes Grand Prix winning Directing duo, Smith and Foulkes. The three of them soon forged a strong alliance and have been responsible for some of the most talked about commercials work over the past 7 years. Their award stash includes every piece of silverware going from British Arrows’ Golds, Webbys, Clios to Cannes Lions and everything in between. Notable work includes Honda ‘Hands’ for W&K, Channel 4’s ‘Stand Up To Cancer’, Adam&Eve’s Temptations’. BBC”s ‘Sprout Boy’ Christmas campaign and the interactive storybook app ‘Radio Jones’. Most recent work has been for BBC winter Olympics and Wimbledon 2018, the former winning a BAFTA. Since joining Riff Raff at the start of 2021 she has worked across several high profile spots including eBay, John Lewis and PlayStation.