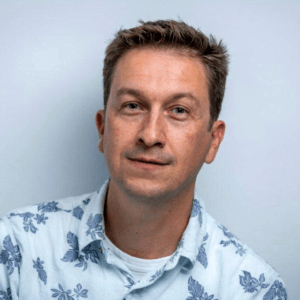 I am an independent media consultant, and executive producer with over twenty years experience on television, on radio and online. I am currently Chief Creative Officer for the recently awarded Storyfutures Gateway Cluster and Storyfutures Academy. These are industrial strategy consortia projects led by the University of London, Royal Holloway that will explore the future of the UK screen based industries and that include; BBC Studios, Endemol Shine, Pinewood, Sony Interactive Entertainment, HTC & The National Film & Television School as partners. StoryFutures aims to pioneer immersive experiences across the UK’s Creative Industries with cutting edge, training, research, and investment into productions. We are currently working on pilots with The National Gallery, BBC Studios & Heathrow Airport. In 2017 I consulted with DCMS following the publication of The Cultural White Paper and a government review aimed at making the UK a world leader in Digital Culture. I led a workstream, public consultation exercise & co-authored the “Culture Is Digital” report which was launched in March 2018 by Secretary of State Matt Hancock M.P. As Creative Director, Digital, BBC Studios I ran Digital Development and Production for the UK’s leading media company with an annual slate of £350 million. In collaboration with BBC R&D I led and launched the BBC’s home for new ideas BBC Taster where new technologies, formats and talent are tested by audiences at scale. Since its launch in 2015 Taster has produced over 200 pilots exploring immersive media, voice led interaction and new forms of storytelling. It has had over 50 million page views, won numerous awards and led the way for data informed decision making, at the BBC. Before disappearing down a digital wormhole I was an experienced TV & Radio Producer, working at Radio 1, Comic Relief and was once Deputy Head of the BBC Radio Comedy Department. I have made award winning shows with; Flight of The Conchords, Lee Mack, Mel & Sue, Graham Norton, and in 1995 produced the Christmas #2 hit single “Wonderwall” by the Mike Flowers Pops. I am passionate about storytelling and the use of emerging digital tools and platforms to tell stories in new and exciting ways.