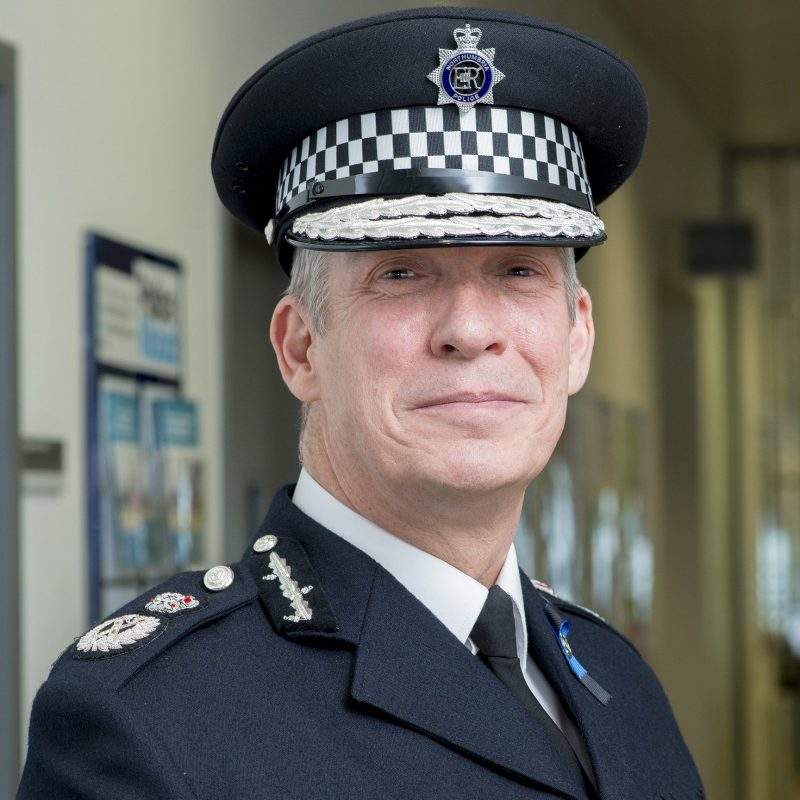 Chief Constable Keenen started his career with Northumbria Police in 1985 as a Police Constable on patrol in Sunderland North and has moved up through the ranks, in uniformed, plain-clothed and covert policing.

He has taken on a variety of specialist roles, often tackling more serious crime, including those of dedicated Senior Investigating Officer for Homicide Department and Regional Kidnap and Extortion Lead, Crisis and Hostage Negotiation Co-ordinator, as well as Tactical and Strategic Firearms Commander and Head of Crime. In 2003/4, he was posted to Iraq as First Contingent Commander for UK Police Officers deployed to Iraq, responsible for setting up a police training academy and advising local senior police officers.
He was appointed Temporary Chief Constable of Northumbria Police in 2017 and became Chief Constable in 2018. Always people focussed, he ensures the wellbeing of his officers and staff and has set three clear priorities: to protect the vulnerable; deliver quality investigations; and apply problem solving to protect the communities served by providing the best possible service to victims and witnesses and bringing offenders to justice.

He has lived in the North East all of his life and as Chief Constable is determined to make what is already a great and safe place even better and to bring police and the public closer. He wants to work with the public, to listen to them and to engage with them, to better understand communities, so wherever possible, in the face of difficult funding challenges, he can ensure the Force meets the demands of modern day policing.

In his free time he enjoys kayaking, triathlon, open-water swimming and skydiving.